For The King Wiki
Register
Don't have an account?
Sign In
Advertisement
in: Concepts, World, Lore Store 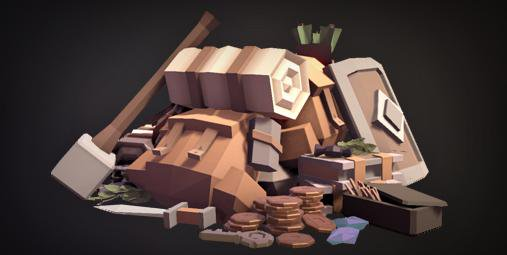 The Lore Store is an in-game store that can be accessed from the game's main menu. Using Lore that has been accumulated from previous playthroughs, items can be purchased and unlocked for use in future campaigns. These items include skins for your character, equipment and consumables, new locations to explore, and special encounters on the map.

Lore is a form of currency in For The King. It can be obtained by collecting a Book of Lore during a campaign. Books of Lore are awarded for a variety of reasons, including current campaign story progression, by defeating certain enemies or completing quests, and by participating in random encounters.

The amount of Lore currently collected is shown in the upper right corner of the Lore Store screen.

At the start of the game, not all items will be available for purchase. Triggering specific unlock requirements during a campaign will allow these items to be purchased from the store. Newly unlocked items and encounters can appear retroactively in any current saved games, however Locations will only apply to newly created campaigns.

In a multiplayer game, Lore Store unlocks from each individual player apply. Thus, if Player A has Alluring Pools, and Player B has Dark Carnival, both locations have a chance to appear in-game. This applies to items as well. Characters and character skins are not shared between players.

Lore Store unlocks are no longer shared between accounts on the same computer.

Resetting the Lore Store will cause you to lose all unlocked items in the store (not tied to special achievements) and it will return your Lore count to 0. This includes your current campaign, as well as any saved games.

Items collected during a campaign that have not been unlocked in the Lore Store will be indicated with the Rubbish tag, and cannot be used until the unlock requirements have been met and the item purchased in the store.

There are a variety of customization items that are only unlocked for purchase (with Lore) for a limited period of time, usually during an associated calendar holiday season (such as the Festivus items at Christmastime). The developers will also occasionally make items available for special events or announcements.